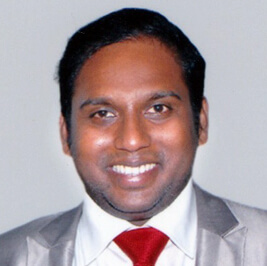 Dr. B.Karthikeyan carries a vast experience in treating head and neck malignancies and lateral skull base tumor's. He did his fellowship in head and neck oncosurgery under Dr.Sultan Pradhan in prince Aly Khan hospital, mumbai. This hospital is a DNB center for surgical oncology, with an enormous load of head and neck oncosurgeries. Following this he did his fellowship in lateral skull base surgery under the world-renowned surgeon Prof Dr.Mario Sanna, at Gruppo Otologico in Italy.

I worked as an Assistant Professor & Consultant in the Department of Otolaryngology Head & Neck Surgery, KVMC Salem from 2010-2011. Apart from seeing patients and operating on a schedule, I also undertook teaching assignments both in the Hospital and in the Medical College. Each batch comprised of 150 students for whom I took classes for 30 hours per annum. I also undertook case discussions for the undergraduates and interns during their rotatory clinical postings on a daily basis. I also participated in the postgraduate teaching programme. We had a total of 6 postgraduates in the department at any given point of time in the year. The postgraduate training included 4 hours of classes per week in the mornings from 8-9 am, including case discussions, general clinics, seminars, journal clubs and cadaveric dissections. All staff members attend all the PG teaching programmes. I also helped conduct examinations for UGs and the PGs. As a consultant, I have independently performed approximately 100 mastoidotympanoplasties, 10 facial nerve decompressions, 100 ESS, 2 endoscopic DCRs, 2 endoscopic medial maxillectomies, 3 endoscopic JNA excisions.

He has experience in treating early glottic and suproglottic tumor's with Co2 LASER. He was a visiting faculty to the department of ENT and Head & Neck surgery at SION and Nair general hospital in mumbai for performing and teaching head and Neck oncosurgery.

I did my residency for 3 years in Otorhinolaryngology at the Jawaharlal Nehru Medical
College Hospitals, Belgaum which are a tertiary referral center of K.L.E University, One
of India’s top private university. The University offers various Undergraduates,
Postgraduate, Postdoctoral, fellowship and certificate programs in the faculties of
Medicine, Dentistry, Pharmacy, Ayurveda, Physiotherapy and Nursing. The campus is
very rich and vibrant in terms of having impressive infrastructure, renowned and
extensively experienced teaching faculty, state of the art teaching hospital and medical
research center, having 1820 beds and top notch diagnostic facilities under one roof.
KLE Society was established 100 years ago in the year 1916. It has 8 constituent
institutions that provide over 100 courses across 9 streams viz Medicine, Dentistry,
Engineering, Nursing, Allied Health, Pharmacy, physiotherapy, Ayurveda Medicine.

Details of fellowship training in Head and Neck Onco Surgery

I completed my two-year clinical fellowship in 2013 in Head and Neck Oncosurgery at the Prince Aly Khan Hospital, one of busiest private cancer center in India. Led by Dr.Sultan Ahmed Pradhan, the person who introduced Head & Neck Onco surgery as separate entity during the days of domination by general surgical oncology in India. He also introduced voice conservation surgeries for laryngeal malignancies and gastric pullups in India. The Prince Aly Khan Hospital is a Diplomat of National Board (D.N.B) center for surgical oncology. This center has performed the largest series of Trans Oral Laser Surgeries for glottic, supra glottic and pyriform sinus cancers in India. The Centre gets approximately 14500 head and neck cancer cases as outpatients every year. Annually around 1350 major head & neck surgical procedures are done. Close to 600 cases of trans oral laser surgeries are done every year, which is the largest number for any cancer center in the country. Another 480 cases of other day care procedures like DL scopy, EUA are done every year. Dr.Sultan.Ahmed.Pradhan has published 1 internationally acclaimed textbook on voice conservation surgeries. He is an internationally acclaimed surgeon-par excellence.

At the Prince Aly Khan Hospital I was trained in head and neck onco surgery. During my training period, I did oral procedures like commando - 177, marginal mandibulectomy -33, wide excision buccal mucosa (103), and tongue major & minor-92. Para nasal sinus: Maxillectomy (partial & total)- 32, thyroidectomy-59, para thyroidectomy-10. Larynx: Total laryngectomy-66, near total laryngectomy-7, partial laryngectomy-17. Parotid: Parotidectomy-28, Neck dissection alone for controlled primaries-60. Other procedures-22. The total number of procedures done independently is 713. During my second year of training programme I started visiting two Government general hospitals as visiting faculty to train the ENT department surgeons in head and neck oncosurgery. This was part of the out reach programme of Prince Aly Khan hospital to train ENT surgeons in head and neck oncosurgery.

In our department we had regular academic activities like case presentation, seminars, guest lectures and also we used to take classes in oncology for Postgraduate students from different medical colleges bimonthly. During my stay I had co authored three chapters in a textbook titled “Atlas of operative otorhinolaryngology and head and neck surgery”. I also helped my teacher in editing his second edition textbook on voice conservation surgeries. I also wrote a research paper during this period. I also was part of the organizing team for three workshops. Two of which are international workshop involving Prof Dr.Philippe Monnier from University of Lausanne, Switzerland. He is pioneer in head and neck surgery and airway surgeries.

Details of fellowship training in Skull Base Surgery

I completed my one-year clinical fellowship in 2015 in Skull Base Surgery at the Gruppo Otologico, the most prestigious center in the world in this specialty. The Gruppo Otologico is the premier center in the world for skull base surgery, advanced otology and implantology (cochlear, middle ear and auditory brain stem implants) led by the legendary Prof. Mario Sanna, who is considered as the Father of modern Lateral Skull Base Surgery. This center has performed the largest series of lateral skull base surgeries in the world (over 5000 skull base surgeries, 35,000 middle ear surgeries and 1000 implants). More than 500 peer reviewed research articles and 15 internationally acclaimed text books have been published by the Gruppo Otologico. Prof. Mario Sanna is an internationally acclaimed surgeon-par excellence and is a sought after speaker at most international conferences in the specialty. 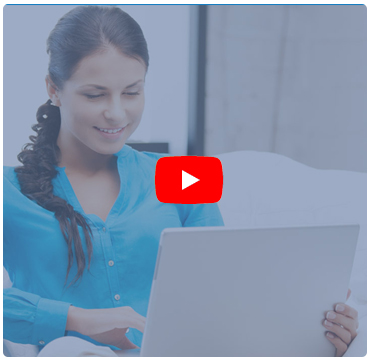